As members of society, we often hear of the importance of exercise. To be sure, exercise decreases risk of disease and death. Yet the most recent government statistics on physical activity are sobering—only 24% of American adults aged 18 years and older meet current federal guidelines for aerobic physical activity and muscle strengthening. 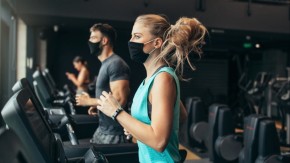 Are there really any differences between men and women when it comes to exercise? See what studies say.

Intriguingly, research has shown that exercise levels vary by race/ethnicity, income, and biologic sex. With respect to sex, men and women apparently exercise for different reasons, according to studies.

While research is limited on this topic, a small number of studies do suggest that men and women differ in their exercise patterns and motivations. Let’s take a closer look.

Findings of a cross-sectional study published in JAMA Pediatrics, which involved 9,472 US adolescents and young adults, suggested striking disparities in exercise among adolescent boys and girls, as well as racial differences.

In those who exercised, Black male participants aged 18 to 24 years reported the longest duration of 77.9 minutes per day, with Black female participants aged 25 to 29 years reporting the shortest duration at 33.2 minutes per day. After compensating for covariates, White race, younger age, and higher income were linked to greater levels of physical activity.

The researchers found that the number of adolescents and young adults who were physically active dropped from adolescence to young adulthood. This drop was steepest from age 12 to 17 years to age 18 to 24 years vs age 25 to 29 years, with differences greatest in male participants.

“The reasons for the reduced physical activity may include increased demands on adolescent and young adult time (eg, more school work, employment) and fewer opportunities for required daily physical activity in high school and college compared with elementary and middle school,” the authors wrote.

“Life transitions during adolescence and young adulthood, such as matriculating into higher education, have also been identified as high-risk periods for decreased physical activity, although living on a college campus with nearby exercise facilities may curtail the rate of physical activity decline in young adults. In addition, adolescents and young adults may report new barriers to activity, such as concerns about appearance and image when exercising.”

According to a study published in the International Journal of Liberal Arts and Social Science, males and females have different exercise habits and motivations for exercising.

“Research investigating gender differences in reasons for exercise points to fairly consistent findings,” the authors wrote. “Specifically, male exercisers are more likely to report that they exercise for social and competitive reasons, whereas female exercisers are more likely to report exercising for appearance reasons such as to lose weight or to maintain weight loss.”

Men reported higher rates of competitive sports, strengthening exercises, and aerobic exercises, whereas women were more likely to walk and participate in recreational activities. Another intriguing finding from the study was that both sexes “enjoyed” exercise.

The authors wrote, “These findings give health promoters a clear picture of the type of men and women more likely to be physically active and more willing to perform exercise regularly. This can be used for future interventions and policies.”

For related reading, check out the following articles on MDLinx: