In 2021, delivering the same patient experience across the board doesn’t work. From Gen Z to the Silent Generation, different age groups want different things from healthcare. 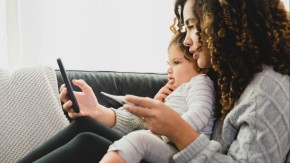 Different generations have different needs when it comes to the care they receive from their doctors.

New technologies like telehealth, wearable monitors, and artificial intelligence are becoming the norm for younger patients—mostly Gen Z and Millennials—who grew up on the internet and are rarely without electronic devices. They want digital health options that reflect their lifestyle and speak to their needs.

But what about Gen X-ers, Baby Boomers, and the Silent Generation? How can clinicians tailor care to meet their needs and produce the best outcomes?

Here’s a guide to how different generations approach healthcare, and what physicians should be aware of when caring for patients across different age demographics, based on the latest research.

As noted in an article published by Etactics in 2020, members of Generation Z (sometimes called Zoomers) are still somewhat too young to have defined their healthcare expectations. But there are several key characteristics of this cohort that clinicians can use to inform their approach to these younger individuals.

Gen Z is the first generation to have grown up after the internet and social media became bedrock elements of American culture—making them “digital natives.” They’re likely the quickest and most comfortable adopters of digital health mainstays like telemedicine, wearable health monitoring devices, online scheduling and payments, and digital health records and data.

According to an article published by Advisory Board, recent research indicates that this generation is composed of highly tech-literate healthcare consumers, with 40% of Zoomers saying they’re likely to choose providers that offer online services, including access to test results and prescription renewals.

Interestingly, researchers determined that of all the generations, Gen Z is the least likely to have a primary care physician, with 55% saying they have one compared with 67% of Millennials and 84% of Baby Boomers. Zoomers also tend to report being dissatisfied with current healthcare standards, from quality to transparency.

To provide the best care for these patients, Advisory Board recommends:

According to Etactics, members of this generation, commonly known as Millennials, are likely to use doctors less often than older generations because of the high costs of care and the inconvenience of office visits. However, they’re far more focused on mental health than their elders. They are more likely to rank their mental health as poor and express concerns over stress.

As with Generation Z, Millennials tend to be more open to using wearable monitoring devices and, because they are digitally literate, they’re more likely to take preventive care into their own hands. They also tend to pick their care providers based on whether they offer online or digital services, and they value the ability to make personal decisions when it comes to their health. This means that access to digital health records and the option to have an online chat with medical professionals can affect their choice of provider.

Etactics notes that Millennials make up the smallest number of users of traditional healthcare. However, according to a study published in the Journal of Retailing and Consumer Services in November 2020, they are also often labeled the most “health-conscious generation.” This may be partially due to the fact that they were the first generation to have access to health-related technologies like fitness trackers and healthcare apps.

According to Etactics, the so-called “Latch Key” generation makes their healthcare decisions like they make their retail decisions. This means that Gen Xers are active and selective healthcare users, who tend to look at several sources of information and analyze all options before they make a choice.

Members of this generation are also heavy users of the healthcare system, making office visits not just for themselves, but for their aging parents and relatives too. They make up 33% of today’s workforce, which means that members of Generation X tend to value providers who offer after-work hours and weekend appointments.

This is corroborated by the aforementioned Journal of Retailing and Consumer Services study, whose authors wrote that Gen Xers “identify themselves as the chief health decision-makers in their families.” The authors of the study pointed out that Gen Xers witnessed the AIDS crisis and the rise in opioid addiction. They tend to be more skeptical of the healthcare system but trust their primary care providers. The study concluded that Gen Xers need to see concrete positive results from the use of technology before adopting it. They also tend to want better communication that’s more transparent and actionable from their healthcare providers.

Sometimes known as “The Me Generation,” Baby Boomers are an aging population who are changing the expectations of the healthcare industry as much as any other generation. According to an article published by Rendia, Boomers have embraced technology more than you might expect. In fact, 79% of those aged 50-65 go online daily or almost every day, and in recent years, they’ve become heavy users of social media. As a result, they are very likely to use the internet to search for health information, focusing on treatments, medications, side effects, and risks.

Boomers consider reviews and ratings when choosing a provider, and many members of this generation are still making healthcare decisions for their kids or grandchildren in Generations X, Y, or Z.

As an aging generation, many Boomers rely heavily on healthcare. As such, they tend to be more loyal to healthcare brands than younger generations and pay closer attention to reputation. They’re also the generation most likely to follow physician advice.

Known as “Silver Surfers” or “the Silent Generation,” this generation makes up about 12% of the US population but accounts for roughly 35% of hospital stays and 38% of visits to the emergency room, according to Rendia. They also tend to have much longer patient visits and expect a high level of service from clinicians.

Much like Boomers, the Silent Generation is more tech-literate than you might think. According to research, more than half of this population use the internet daily. However, they’re also much less flexible than younger generations. They tend to trust medical professionals and are less likely to adapt to drastic shifts in healthcare, according to Etactics.

As such, members of this generation will pick a provider based on medical credentials and are less likely to switch based on new digital services.