Psychedelics like magic mushrooms have long been associated with counterculture movements. Their ban as Schedule I substances by the US government has further dampened their popularity. However, interest in the medical benefits of psilocybin has risen in recent years. 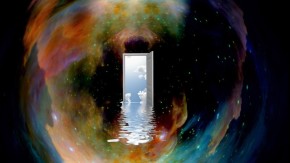 Researchers are taking a serious look at the medical benefits of psychedelic mushrooms.

It’s worth examining the effects and possible clinical benefits of magic mushrooms.

The word "psychedelic" was first introduced into the lexicon by psychiatrist Humphry Osmond in 1956. It is derived from the words psyche, which means mind or soul in Greek, and delos, which means to show. Psychedelics induce mind-altering and reality-distorting effects (ie, hallucinations) on ingestion.

Although humans have been using psychedelics for recreational and religious purposes for thousands of years, the first written record of their use was documented in the Florentine Codex, compiled between 1529 and 1579. This manuscript of ethnographical research of Mesoamerica mainly focused on Mexico and the Aztecs, where magical mushrooms are endemic.

In 1957, researchers used paper chromatography to separate the fractions of extracts of magical mushrooms found in Oaxaca, Mexico. Each separated fraction was then ingested, with the active fraction identified as psilocybin. Psilocybin was then synthesized in 1958, with Sandoz Pharmaceuticals manufacturing a drug in the 1960s that contained the active ingredient. Commercial availability was short-lived, however, and the United States Drug Enforcement Agency prohibited psychotropic substances, such as LSD, DMT (N, N-Dimethyltryptamine), psilocybin, and mescaline, under the Controlled Substances Act 1970.

Different species of magic mushrooms exert different effects secondary to levels of active metabolites. Other factors that play a role include the individual’s mindset, body type (ie, weight, metabolism), and tolerance. After low to moderate dosing—between 2 g to 10 g—the effects of psilocybin usually set in 30 to 60 minutes. The effects last between 3 and 6 hours, after which they taper to negligible.

These effects are categorized as psychic and somatic and include perceptual, cognitive, emotional, and ego dissolution. In a review published in Molecules, authors noted that the psychic effects include stimulation of affect, hypnagogic experiences, alterations of time perception, dreams, introspection, illusions, and synesthesia. Somatic experiences are mixed and include slowed/accelerated heartbeat, increased/decreased reflexes, hypotension/hypertension, tremor, nausea, and dysmetria (ie, impaired ability to measure distance during muscular acts).

The authors also highlighted some intriguing subjective effects of psilocybin such as:

According to the authors of the aforementioned review, “Psilocin reacts agonistically with serotonin (5-hydroxytryptamine) type 2A (5-HT2A) receptors to produce a ‘mystical-like’ hallucinatory effect due to induced frontal hyper-frontality, which in turn mediates its antidepressant and anti-anxiety effects. One possible antidepressant mechanism of action of psilocybin is via deactivation or normalization of the hyperactivity of the medial prefrontal cortex (mPFC). During depression, the mPFC is typically hyperactive.”

Of note, psilocin is a metabolite of psilocybin.

The antidepressant properties of psilocybin are facilitated by the prefrontal brain and limbic regions, as well as the amygdala. The amygdala plays a key role in perception and emotion processing.

Researchers from PHRI focused on the potential benefits of psilocybin and other psychedelics in the treatment of pain in a recent BMJ review.

“The mind-altering qualities of psychedelics have been attributed, through serotonin 2A (5-HT2A) receptor agonism, to ‘reset’ areas of functional connectivity (FC) in the brain that play prominent roles in many central neuropathic states. Psychedelic substances have a generally favorable safety profile, especially when compared with opioid analgesics. Clinical evidence to date for their use for chronic pain is limited; however, several studies and reports over the past 50 years have shown potential analgesic benefit in cancer pain, phantom limb pain and cluster headache,” they wrote.

“The alterations in FC seen with psychedelic use suggest a way that these agents could help reverse the changes in neural connections seen in chronic pain states. Given the current state of the opioid epidemic and limited efficacy of non-opioid analgesics, it is time to consider further research on psychedelics as analgesics in order to improve the lives of patients with chronic pain conditions,” they added.

Research has demonstrated that psilocybin yields antidepressant effects in those with cancer and treatment-resistant depression after one or two administrations.

In a randomized clinical trial published in JAMA, researchers from the Center for Psychedelic and Consciousness Research at Johns Hopkins Bayview Medical Center in Baltimore, Maryland, assessed the effects of psilocybin in adults aged 21 to 75 years with major depressive disorder (MDD). These participants were not taking antidepressant medications and did not have histories of psychotic disorder, serious suicide attempt, or hospitalization.

“Results of this randomized clinical trial demonstrated the efficacy of psilocybin-assisted therapy in producing large, rapid, and sustained antidepressant effects among patients with MDD,” concluded the authors. “These data expand the findings of previous studies involving patients with cancer and depression as well as patients with treatment-resistant depression by suggesting that psilocybin may be effective in the much larger population of MDD. Further studies are needed with active treatment or placebo controls and in larger and more diverse populations.”

Finally, although magic mushrooms are gaining traction in America—evidenced in part by recent decriminalization in Denver, Oakland, and Washington, DC—there are various limitations with respect to psilocybin pharmaceutical research, as well as psychedelic research in general. It is unclear, for example, what drug-drug interactions could occur. It is also unclear how psilocybin affects brain activity, dynamics, structure, and neuroplasticity. Molecular, neurobiological, and psychological mechanisms of action, as well as effects on behavioral states, need to be elucidated.