Sudden cardiac death (SCD)—an unexpected death caused by the abrupt loss of heart function, breathing, and consciousness—is a daunting prospect for physicians, medical teams, and EMS responders. And with good reason: It is a leading cause of mortality and results in half of all deaths due to heart disease. 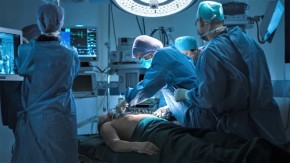 About half of all deaths from cardiovascular disease can be attributed to sudden cardiac death.

Most researchers define sudden cardiac death as sudden death from a cardiovascular cause that occurs within 1 hour of witnessed symptom onset. When unwitnessed, it refers to death within the previous 24 hours that the person was last seen alive. Importantly, pulmonary embolism, stroke, and aortic syndromes are all differential diagnoses for this dreaded disease. SCD is caused by a sudden malfunction of the heart’s electrical system, which is different from myocardial infarction, which is caused by a blockage of blood flow to the heart—but SCD can occur during a heart attack.

“Despite its importance and societal burden, our understanding of SCD epidemiology is limited,” according to the authors of a review article published in Heart, Lung and Circulation. “The epidemiological study of SCD has been particularly hampered by definitional and methodological challenges. Although much progress has been made through implantable cardioverter defibrillators, community-based cardiopulmonary resuscitation, and coronary heart disease (CHD) management, SCD still remains the cause of 15-20% of deaths in Western societies.”

Furthermore, according to research presented at the Heart Rhythm 2021 hybrid event this past summer, SCA incidence has been significantly higher and survival outcomes lower during the COVID-19 pandemic period, with evidence of overlap between the two conditions.

Who is at risk

Age. The risk of SCD increases with age. Notably, of people 35 years or younger, the greatest risk is in those aged between 0 and 5 years.

Sex. Recent studies indicate that men are three or four times more likely to experience SCD than are women. Nevertheless, this gap may be eroding.

Coronary heart disease. Although rates differ by age, gender, race, and ethnicity, coronary heart disease is hypothesized to be the structural foundation for nearly 70% of SCD events overall. Surprisingly, CHD is estimated to be the second leading cause of death in people aged between 5 and 34 years, with 22% of decedents affected. Transient ischemia, acute coronary syndromes, scar-related pathology, and ischemic cardiomyopathy can all play a role in underlying CHD leading to SCD.

During the first month after a heart attack, the risk for myocardial infarction is greatest. Although risk decreases subsequently, ventricular remodeling and heart failure can further increase risk.

In two-thirds of patients, CHD-related SCD is the first manifestation of CHD or presents in those thought to be low risk, thus making prevention more challenging.

Other diseases. Diseases related to CHD—including hypertension, diabetes, dyslipidemia, and obesity—predict SCD in men and women. Of note, 58% of decedents aged between 5 and 34 years exhibit at least one cardiovascular risk factor, according to research cited by the authors of the aforementioned review, with 39% of them also having obesity. On a related note, family history may also contribute to SCD.

Other conditions that serve as SCD risk factors include atrial fibrillation, chronic kidney disease, and obstructive sleep apnea, as well as mental disorders including depression, anxiety, and psychosis. Cigarette smoking is also a risk factor that is predictive for SCD in men and women.

Lifestyle factors. Emotional stress, heavy alcohol use, air pollution, and diurnal/seasonal variations can all trigger SCD. On the other hand, moderate consumption of alcohol and exercise may be protective. The Mediterranean diet and foods rich in fish (ie, n-3 polyunsaturated fatty acids) and magnesium may also protect.

Angina resolves over time without revascularization in most patients

Inherited arrhythmias. In the aggregate, arrhythmic disorders are hypothesized to be responsible for 1% to 2% of all SCD in Western countries. Nevertheless, there may be some ethnic/geographic variation in such genetic disorders.

“In those with unexplained arrhythmic cardiac arrest not attributable to CHD or other disease, systematic testing reveals a potential cause in approximately 50%, of which two-thirds are primary arrhythmic disorders and the remaining have unrecognised structural disease,” according to the authors of the aforementioned review. “Arrhythmic disorders include long and short QT syndromes, Brugada syndrome, catecholaminergic polymorphic ventricular tachycardia, and early repolarization syndrome.”

With SCD, there is little time to spare. Treatment must immediately commence at the scene—including by lay people and EMS. Management includes the use of an automated external defibrillator, as well as cardiopulmonary resuscitation (CPR). CPR feeds oxygen to the brain until the establishment of a stable electrical rhythm.

For those who survive, treatment is aimed at the underlying pathology, including the prescription of appropriate medications. An implantable cardioverter-defibrillator (ICD) is used in case of arrhythmia-related syncope or survival.

Considering the dire nature of SCD, evidence-based prevention should be a focus of care—especially in those at risk. Physicians can point patients to resources such as the American Heart Association, which recommends the following interventions:

SCD is an ominous event that can affect patients at any age. Because its presentation is sudden and often fatal, providers should be well-versed in its causes and treatments. Fortunately, some patient risk factors are modifiable, and physicians and EMS providers can take steps to mitigate the odds of death.