Establishing a patient’s risk of developing dementia can involve expensive genetic testing, spinal taps, or PET scans, which are used to detect amyloid in the brain. And by the time clinical signs of the degenerative neurological disorder do appear, the condition has often progressed beyond the point of intervention. 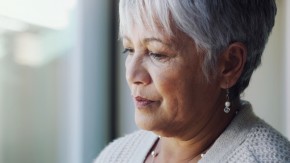 A growing body of evidence suggests that early changes in the brain—ie, preclinical signs—may occur years before symptoms that impact cognition and behavior can be detected by affected individuals or their doctors.

A number of recent studies have explored methods of detecting preclinical dementia outside of a clinic setting—ways that could lead to novel methods of management or even new treatments. From analyzing driving patterns using GPS, to examining late credit card payments, to identifying vocal characteristics, here are four of the earliest signs that dementia may be setting in, according to recent studies.

Subtle changes to a patient’s driving behaviors are among the new so-called “digital biomarkers” of dementia that recent experiments have uncovered, as noted in an article in the New York Times. In a study published in Alzheimer’s Research and Therapy in June, researchers placed GPS monitoring devices in the cars of 64 individuals with preclinical Alzheimer disease and 75 individuals without (as determined by cerebrospinal fluid biomarkers). Researchers hypothesized that preclinical Alzheimer may affect complex behaviors, like driving.

Over the year that they followed subjects, researchers measured how often participants abruptly accelerated or braked, how often they fell far below the speed limit, and how often they made sudden moves. They found that the model they developed for analyzing driving patterns was able to identify preclinical Alzheimer disease 88% of the time when they factored in the age of the subject.

A GPS device in an individual's car could monitor driving behavior almost continuously at low cost, providing clues to brain changes, noted the NYT article. “Studies have shown that driving changes in people with symptomatic Alzheimer’s. But some changes occur even earlier,” said Sayeh Bayat, lead author of the study and biomedical engineering PhD candidate at the University of Toronto, Canada.

Delinquent credit card payments are another recently tested digital biomarker that appears to be an accurate way to detect early signs of Alzheimer. A study published in JAMA Internal Medicine in February tested this hypothesis by analyzing the financial records of more than 81,000 Medicare beneficiaries from 1999 to 2018. Researchers examined the occurrence of adverse financial events (specifically, missed credit card payments for 30 or more days, and subprime credit scores) in both those with and without an Alzheimer diagnosis.

“Alzheimer disease and related dementias were associated with adverse financial events years prior to clinical diagnosis that become more prevalent after diagnosis and were most common in lower-education census tracts,” the authors concluded.

According to a study conducted by IBM researchers and published by The Lancet, changes in writing can also be used to predict a dementia diagnosis years before clinical signs of the disease appear. Researchers collected 703 writing samples from 270 participants, from which a set of samples from 80 participants was analyzed. Half of these participants went on to develop dementia before the age of 85, while the other half did not.

During a point when participants were cognitively normal, they took a writing test that involved describing a scene in which a boy stands on a stool and steals a cookie from a high shelf, along with other descriptive elements. Researchers built an artificial intelligence (AI) program to analyze the writing samples for subtle differences in language, including factors such as repetition of words, spelling errors, erroneous capitalizations, grammatical mistakes, and omission of certain words.

They found that the AI was able to predict a dementia diagnosis with an accuracy of over 70%, indicating that linguistic variables could be used to detect the possibility of preclinical dementia. Researchers posited that a similar test could potentially be used to detect language patterns that indicate a range of other neurological diseases.

Finally, spoken language may also hold signs of preclinical dementia, according to a study published in PLOS ONE in July. Researchers in Japan created an AI that analyzed phone conversations for vocal features like pitch, intensity, and the length of silent intervals. Researchers used a selection of 1,465 audio data files from 99 healthy control subjects and 151 audio data files recorded from 24 patients with dementia to test whether the AI could differentiate between the two groups.

They found that the AI could detect the conversations of dementia patients with an accuracy of 86% or higher, and concluded that the test could be used as a low-cost and accessible screening tool for dementia risk among the general population.

Ready to learn more about dementia? Research shows that lifestyle changes made early enough may decrease the risk of this condition. Read 5 tips to stave off dementia as you age on MDLinx.