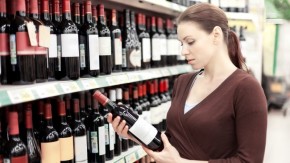 Is alcohol a major contributor to weight gain and obesity? Not necessarily, according to some studies.

Although it’s tempting to think that the calories from alcohol intake will result in excess body weight, telling your patients that moderate drinking may pack on the pounds is inaccurate based on the extant data. Instead, there appears to be no clear association between weight gain and drinking in moderation. The reasons could be due to the way in which alcohol interferes with energy metabolism.

Researchers have yet to uncover clear-cut answers when it comes to alcohol intake and weight gain. Moreover, the research is limited, and much of it is dated. Nevertheless, the question warrants further examination, considering how obesity and excessive alcohol use are highly prevalent in the American population. Let’s take a closer look.

To better assess the empirical links between drinking and weight gain, the authors of a review published in Current Obesity Reports, surveyed cross-sectional, prospective, and clinical studies. Here are some of their findings:

Results of a systematic review assessing extant systematic reviews, which was published by the Foundation for Alcohol Research & Education, suggested similar findings. Although no conclusive link between alcohol intake and weight gain could be established, studies showing a link between beer and adiposity indicated that this fat accumulation occurred at the level of the abdomen and not more generally.

In a prospective study published in Obesity in 2017, researchers examined the effects of alcohol by type (ie, beer, liquor, and wine) on long-term weight gain in US men. Data was drawn from the Health Professionals Follow-Up Study and adjusted for age, lifestyle/diet changes, and cardiovascular risk factors.

The authors concluded, “Increased alcohol consumption was associated with minor reported weight gain at levels unlikely to be clinically meaningful. Beverage-specific differences were not substantial enough to make dietary recommendations for weight loss or maintenance by beverage type. The greatest risk of weight gain was among men who increased consumption to levels well above moderation.”

The authors of the aforementioned review in Current Obesity Reports presented several hypotheses regarding why alcohol may not result in weight gain.

“[I]t has been found that alcohol intake increases energy expenditure, likely due in part to the fact that it has a high thermogenic effect. It has also been suggested that some of the energy ingested as alcohol is ‘wasted’, due to the activation of the inefficient hepatic microsomal ethanol-oxidizing system (MEOS). The MEOS is induced through chronic alcohol intake, and the level of induction increases with increased intake,” they wrote.

“Oxidation of alcohol via the MEOS produces less ATP than oxidation via alcohol dehydrogenase, using the energy from alcohol intake primarily to enhance heat production. The extent to which wasted energy from regular alcohol consumption contributes to weight gain prevention is unclear,” they added.

The authors also suggested that those who drink in moderation may also enjoy other aspects of life in moderation, such as exercise and balanced food intake, which compensate for drinking over the long term.

Binge drinking may be associated with binge eating, according to the authors of a 2021 Korean study published in the International Journal of Environmental Research and Public Health. Importantly, the association between binge drinking and binge eating requires further research.

In a 2019 study in Preventive Medicine Reports, researchers mined data from a large prospective cohort assessing the links between alcohol intake and health behaviors among Canadian high school students. They found “a modest association between alcohol intake and increased body weight was seen in students who reported binge drinking and earlier onset of alcohol consumption (initiation in grade 10), compared to those who never became binge drinkers, or those who started drinking in grade 11 or grade 12. This additional increase was sustained in grade 11 in males but not females. In contrast, those categorized as ‘current drinkers’ showed no significant increases in weight compared to non-drinkers regardless of grade of initiation.”

Of note, the researchers cited the lack of a consistent relationship between alcohol consumption and weight gain in previous research, as well as a “paucity of research” analyzing the effects of alcohol intake on body weight and BMI over time. The authors stressed the need for more research on the topic of binge drinking and weight gain.

Click here to read more about the effects of alcohol on health on MDLinx.