In medicine, things aren't always as they seem. 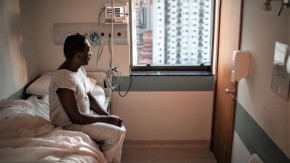 Some medical conditions may present as psychiatric disorders, leading to misdiagnoses.

Occasionally, patients who think they have chronic Lyme disease actually do. On very rare occasions, those hoofbeats actually are a zebra. And sometimes, what appears to be a psychiatric disorder is actually a medical condition.

Here’s a good example: According to a study published in Clinical Medicine, some illnesses can exhibit symptoms that erroneously point to a psychiatric disorder. This means there’s a chance that patients who appear to be suffering from a disorder like schizophrenia may instead be suffering from an unidentified medical malady.

Such dysfunctions often lead to misdiagnoses. An estimated 12% of psychiatric admissions were tied to some unidentified physical illness. And in these cases, the illness can worsen, resulting in dire consequences for patients.

To avoid making this category of clinical error, here are five physical illnesses that may present psychiatric symptoms.

Delirium is characterized by a set of neuropsychiatric symptoms (including attention deficit, disturbance of consciousness, global cognitive impairment, disorientation, and perceptual disturbance) caused by an underlying medical condition or substance-induced dysregulation. According to an article published in Psychiatric Times in February, delirium is among the most common central nervous disorders that involve psychiatric symptoms. In one study, up to 42% of hospitalized elderly patients who were referred for psychiatric consultation were actually delirious.

Authors point out that one of the key characterizations of delirium is an “abrupt onset” of symptoms, altered conscious level, and a fluctuating course, which distinguish it from psychiatric disorders or dementias. A review of medications that may precipitate or exacerbate delirium is vital. These include anticholinergic medications, benzodiazepines, opiates, and others.

If a patient appears to present with a psychiatric disorder, another important consideration is whether their symptoms may point to dementia, which can result in changes in affect, thought process, and behaviors.

In cases of Alzheimer disease (AD), which is estimated to be the cause of 50-75% of dementias, behavioral and psychiatric symptoms are common. These include affect dysregulation, psychosis, and agitation. However, there are key differences that physicians should know. For example, hallucinations experienced by a patient with Alzheimer tend to be visual, compared with those experienced by a patient with a psychiatric disorder, which tend to be auditory.

There are other kinds of dementia that present similar symptoms. For example, frontotemporal dementia tends to present symptoms like disinhibition, mood instability, and behavioral abnormalities. Dementia with Lewy bodies, which makes up an estimated 20% of all major neurocognitive disorder cases, tends to feature symptoms like impaired executive functioning, hallucinations, and daily fluctuation in cognition.

Epileptic seizures can often present with changes in mood, behavior, and thought processes that can lead to their misdiagnosis as psychiatric disorders.

For example, in one case study, a 61-year-old man with hypertension arrived at the emergency department due to changes in his mood and behavior. He had reportedly exhibited confused and disorganized behavior over 3 days and was insisting he no longer wanted to live. He was subsequently sent for a psychiatric consultation.

However, an EEG scan ultimately revealed epileptic events, which resulted in a diagnosis of hypertensive emergency with non-convulsive seizures. The patient was treated with blood pressure and anticonvulsant medications, and within 3 days his mental status and moods had stabilized.

Traumatic Brain Injury (TBI) can cause primary and secondary damage, which can lead to neurologic dysfunction and neuropsychiatric sequelae. The primary damage may be something like a skull fracture or a brain hemorrhage. The secondary damage, however, progresses over time and can include an increase in brain metabolism, which can result in neuronal dysfunction.

Finally, a range of infections and their processes produce symptoms that appear to be the result of neuropsychiatric disorders. This includes neurocysticercosis, tuberculosis, Lyme disease, herpes encephalitis, hepatitis C, and HIV.

These conditions, however, are not difficult to correctly diagnose with a comprehensive physical examination and careful attention to mental status, additional complaints (like headache, neck stiffness, or others), and general risk factors.

These are just some of the medical conditions that may mislead a doctor into thinking their patient is suffering from a psychiatric disorder. Other common ailments that can do the same include headaches and autoimmune encephalitis. Sharpening your diagnostic skills can help ensure that each patient receives the appropriate diagnosis.

For more related to this topic, check out these articles on MDLinx: