Throughout the pandemic, sex has been a hot topic in the media. The outbreak changed the way many people view copulation and sexual relations, according to recent survey results from the Kinsey Institute. 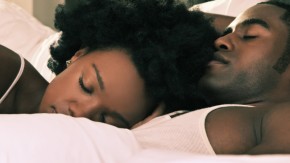 A variety of new studies in the past year shed new insights on sexual health.

“Study results also point to several trends among respondents: an increased interest in commitment, an increased consideration of health factors when approaching dating and sexual activity, and a willingness for sexual experimentation,” the Institute wrote.

But sex trends in the pandemic accounted for only one line of fruitful sexual-health research in 2021. Researchers were active on various fronts this past year. Here’s a look at four recent studies.

Psoriasis is an uncomfortable condition, and it impacts quality of life in those who have it. In a recent study published in the Italian Journal of Dermatology and Venereology, Italian researchers examined the association between sexual dysfunction and psoriasis in 70 women with mild disease, 70 women with moderate-to-severe disease, and 70 healthy controls.

The researchers found that women under the age of 46 years who had psoriasis exhibited higher levels of sexual dysfunction. They did not find a relationship between genital localization of psoriasis and worsening of sexual health.

“Sexual dysfunction should be routinely investigated in female patients with psoriasis in the case of moderate-to-severe disease due to its negative impact on quality of life, especially in younger women and in presence of diabetes mellitus and hypertension,” they wrote.

The internet has made all media more accessible—including pornography. Based on survey results from 3,419 men, Danish researchers publishing in JMIR Public Health and Surveillance assessed the relationship between problematic pornography consumption and erectile dysfunction in men aged between 18 and 35 years.

The researchers found that single men and men in a new relationship reported more ED than men in long-standing relationships did. Factors that play a role could include performance pressure, anxiety, and insecurity. Situational ED could also be moderated by men finding pornography more arousing than real sex.

They added: “Findings indicate women of diverse sexual orientations need access to SRH information from sources like schools, peers, and media. Sexual minority women receive/seek information about many SRH topics, which indicates that opportunities to tailor educational resources within and outside of schools are needed so SRH benefits to these populations are maximized.”

Physicians can play a role in breaking down barriers to healthcare for people of diverse sexual and gender orientations, and it starts in the clinic. Read Do you have a transgender-friendly practice? on MDLinx.

Few tragedies are more poignant than youth suicide. In a matched, case-control JAMA study, researchers investigated the link between online activities and youth suicide. They mined a sample of more than 2,600 US schools for 227 youths exhibiting severe suicide/self-harm alerts that required notification of the school.

The eight potential online risk factors included cyberbullying, violence, drug-related content, hate speech, profanity, sexual content, depression, and low-severity self-harm. These variables were assessed via text, image, and video data. The investigators found that all eight factors were related to suicide/self-harm alerts. In those exposed to five or more risk factors, there was an exponential rise in risk of 70-times or greater.

The authors made certain recommendations based on their results.

“Improved early identification of individuals at risk of suicide has been a long-standing challenge and is a major focus of ongoing suicide prevention research,” they wrote. “Our findings suggest novel avenues for more timely and efficient assistance and youth suicide prevention efforts. Although there are important ethical and privacy considerations when using online, digital, or linked data, efforts to improve mental health using passive digital information or other administrative data are being researched, tested, and used. Conducted carefully and ethically, such approaches have the potential to help prevent devastating outcomes for families, such as youth suicide.”

Click here to read more about sexual health on MDLinx.