Many of us believe we have a basic understanding of metabolism. But recent research has found that several commonly held beliefs about metabolism hold little or no water––they’re just not based on science. 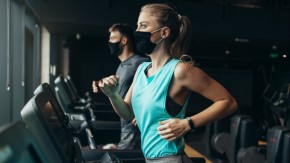 New research indicates that many of our widely held beliefs on metabolism are based on myths.

Indeed, there may be more myths about how to boost metabolism than there are successful techniques to increase it. And, of course, the danger with these misconceptions is that they lead people to think they’re burning more calories than they actually are, which results in overeating and weight gain.

So, from gender differences in metabolic rates to the slowing of metabolism over time, here are four misconceptions that studies and health experts are keen to correct.

Myth #1: Your metabolism worsens gradually as you age

The generally held consensus is that once you are in your 20s, your metabolism slows continually through middle age and declines further the older you become. But, as demonstrated in a study published in Science in August, this is a misconception.

Researchers examined data on energy expenditure from roughly 6,500 participants who were less than 1 year to 95 years in age. Here’s what they found: “Fat-free mass-adjusted expenditure accelerates rapidly in neonates to ~50% above adult values at ~1 year; declines slowly to adult levels by ~20 years; remains stable in adulthood (20 to 60 years), even during pregnancy; then declines in older adults,” the authors wrote. So, contrary to popular belief, it’s only once you hit roughly 60 years old that your metabolism begins to slow down, according to this research.

In a recent article about the research in the New York Times, the study’s authors added that, while people gain an average of 1.5 lbs per year during adulthood, the data suggest this is not due to changes in metabolism.

“These changes shed light on human development and aging and should help shape nutrition and health strategies across the life span,” the authors concluded.

Myth #2: Men have a faster metabolism than women

The progression of our metabolic rates was just one of the myths that the Science study busted. Most of us believe that men and women have fundamentally different metabolic rates; but researchers concluded that this, too, is a misconception, according to the Times article.

After controlling for body size and muscle mass, researchers found no difference in the average energy expenditure of men and women. Their findings indicate that individual metabolic rates can vary—some people can have metabolic rates of up to 25% above or below the average. The study left questions unanswered with regard to why these individuals expend energy more quickly, and what specific characteristics may lead some people to become obese, for example. But general patterns found among the population still hold—and this includes the fact that the metabolic rates of men and women aren’t substantially different.

On a similar note, researchers anticipated seeing a slowing of women’s metabolic rates during their 40s as a result of the onset of menopause, but the data didn’t bear this out. Both men and women begin to experience a slowing of their metabolism at the same point in their life, around the age of 60. This continues until the metabolic rate has slowed by approximately 20% by the age of 95.

Myth #3: You can control your metabolism with diet

If you’re aiming to lose weight, a common assumption is that you can speed up your metabolism by changing your eating habits. But research has shown that our metabolic rates tend to adapt quickly to changes in environmental factors, essentially working to keep our energy expenditure at a steady rate.

For example, a study published in Obesity sought to examine energy expenditure in 153 participants after giving them canagliflozin, a sodium-glucose co-transporter inhibitor that triggers weight loss through increased urinary glucose excretion. Researchers, however, found that this was quickly counteracted by a proportionate increase in appetite, resulting in greater energy intake.

Another study, also published in Obesity, looked at the long-term changes in the metabolic rates of subjects who had undergone “extreme crash-course” diets (specifically, the participants were all involved in the television show The Biggest Loser). Researchers analyzed the physiology of participants over the 30-week competition, and followed up 6 years later.

They found that most of the participants’ metabolic rates had slowed during the 30-week diet, and that 6 years later the majority of them had regained weight. Researchers concluded that “metabolic adaptation persists over time and is likely a proportional, but incomplete, response to contemporaneous efforts to reduce body weight.”

The lack of control we have over our metabolism is a subject of Herman Pontzer’s 2021 book Burn. In a recent interview with AARP, Pontzer, an associate professor of evolutionary anthropology at Duke University and associate research professor of global health at the Duke Global Health Institute, noted that the fact that it’s easier to slow your metabolism, as opposed to speeding it up, makes complete sense from an evolutionary standpoint. If your metabolism sped up, he explains, it would hypothetically increase your chances of starvation, because you’d need to consume more to make up for increased energy expenditure.

Myth #4: Exercise speeds up your metabolism

In Burn, Pontzer also explores whether exercising can cause any long-term changes to metabolic rate—and, in short, his conclusion is that it can’t. Pontzer traveled to northern Tanzania to study the daily habits and biology of the Hadza people, who live a hunter-gatherer lifestyle, in order to compare it to western modes of living.

Pontzer found that, although the Hadza people tended to be far more active than a typical Westerner, they still burned roughly the same number of calories, which is around 3,000 per day.

He subsequently discovered that this finding could be replicated when using various other societies around the world as case studies. He concluded that, while we burn more calories during rigorous physical activity compared to resting, on a day-to-day basis our metabolism evens itself out.